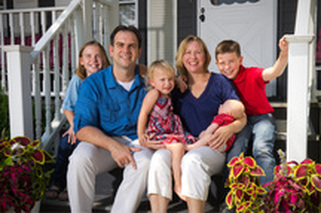 I am originally from Perry, NY. I have taught Mathematics to students in schools including Canandaigua Academy (New York), Bahrain School (Bahrain), Bad Kreuznach American School,  Baumholder High School and now Kaiserslautern HS (Germany). I have also coached as an assistant to Softball, Girls Basketball and Football. My educational background includes a BA in Mathematics from the State University of New York at Geneseo and a MS in Education specializing in Integrating Technology in the Classroom from Walden University.

I am an avid Buffalo Bills fan, so Monday mornings can be a little rough. My family includes my wife Saundra, daughters Kiera and Sophie, and sons Connor and Max.

While working for DoDEA, I was selected for DoDEA’s Assessment Task Group (2008-2009), Discrete Mathematics Textbook Selection Task Group (2004) , and Virtual School Algebra I Curriculum Mapping Task Group (2009). I have presented on the topics of cultivating a rigorous AP climate and vertical teaming to district administrators with my colleague Spencer Bean. In 2009, I was selected by President Obama to receive the Presidential Award for Excellence in Mathematics Teaching, an honor I owe to my colleagues and former students. You can read about it here (TheDailyNewsonline.com) or here (army.mil). In addition, I was asked to write a blog entry for DoD’s Armed with Science. I was the first of two consecutive Baumholder MHS Teachers to win the award, with the other being Spencer Bean. Recently, I have presented with the other teachers here at NCTM (2014)  and at FLIPCON (2014, 2015, 2016) on implementing a flipped mastery classroom.